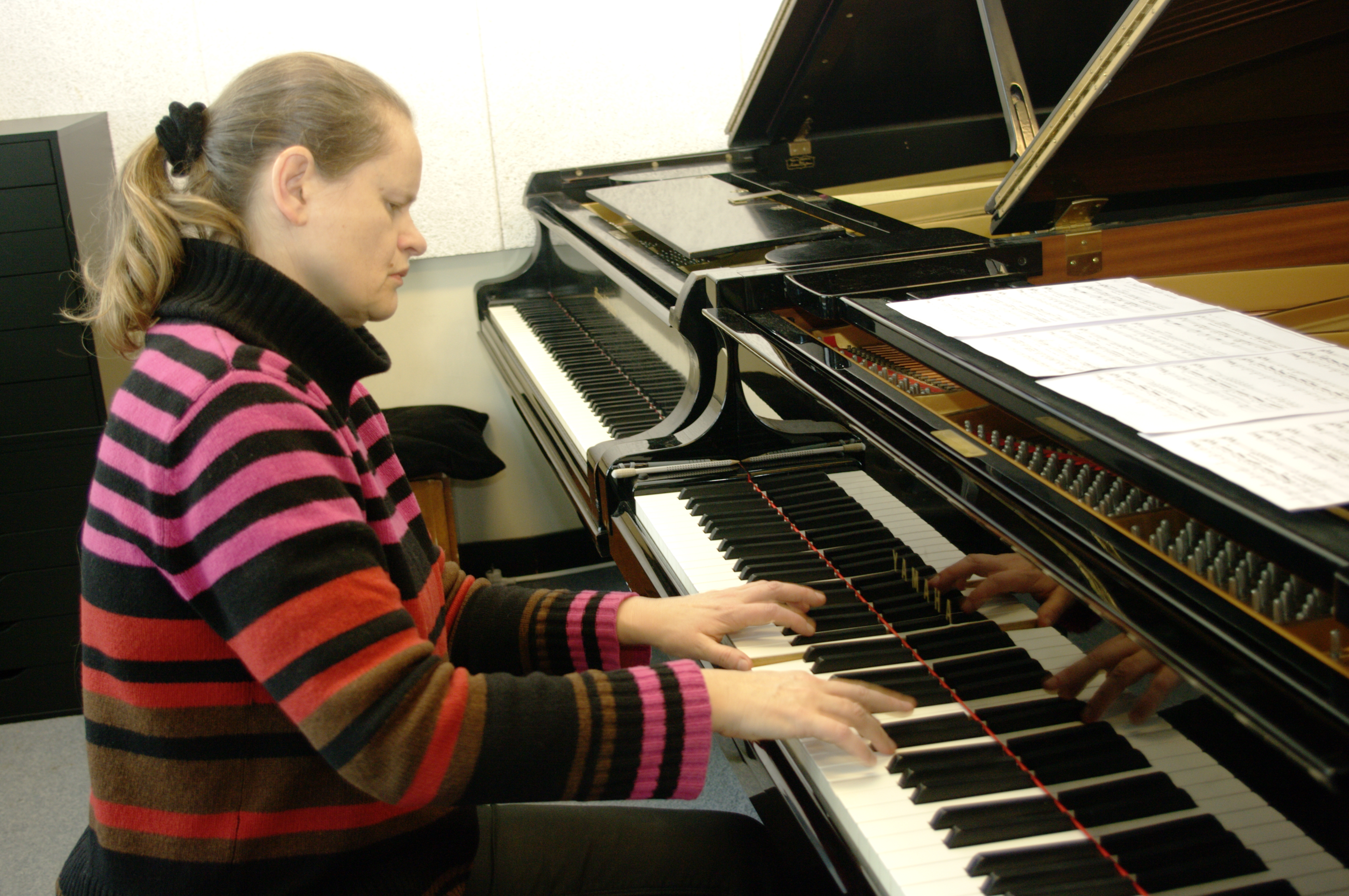 The Dutch pianist and singer Marijke van Duin studied the piano at the Sweelinck Conservatorium in Amsterdam with the internationally known Dutch pedagogue Jan Wijn and the American Edith Lateiner-Grosz. She graduated for solo performance as well as for chamber music. Later on she studied with the Russian pianist Naum Grubert and followed master classes with Gary Graffman, György Sebök and Jacob Lateiner in the United States.

As a solo pianist she gave many recitals and performed in major international piano competitions, such as the Queen Elizabeth Competition in Brussels, Belgium, and the Robert Casadesus Competition in Cleveland, United States. As a chamber musician she concentrated on duet playing with violin as well as on pianoduet. She formed successful duets with the Dutch violinist Marieke Blankestijn and the Polish-British pianist Elizabeth Mucha. She gave concerts throughout Europe, a.o. in the Amsterdam Concertgebouw, Rome, Berlin and London, and recorded for Dutch, German and Belgian radio and television. Furthermore she made recordings for the Dutch feature film Quatre Mains. Later on she specialized in contemporary piano music and recorded on CD all works for piano solo by the Dutch composer Wiel Conen.

Marijke van Duin is also a soprano. She studied with the Dutch mezzo soprano Marion van den Akker. After her graduation as a teacher in solo-singing she continued her studies with the German mezzo Christa Pfeiler. Her main focus is on lied interpretation, but her repertoire also includes oratorium and opera.

Piano lessons
Piano lessons are given in Vrijburg in Amsterdam South, and in Marijke’s private studio in Zandvoort. In the Vrijburg-hall her Mason & Hamlin concert grand (2.11m, 1974) is stationed, and in her private studio a Yamaha S4 grand (1.92m, 1994). Marijke trains professional students via the Schumann Academy, as well as well-advanced amateurs and semi professionals. The focus lies on classical piano solo repertoire, accompaniment and chamber music. Each year workshops and student concerts are organised. For rates see tarieven.

Singing lessons
Singing lessons are given both in Vrijburg and in Marijke’s private studio. Much attention is given to posture, breathing and voice technique and -training. Repertoire can be a variety of classical songs (lieder), choir works, oratorium and opera. Languages include English, Dutch, German, French, Italian, Spanish, Russian, Latin and Greek. Students can perform at workshops, student concerts and at Cantina Vocaal. For rates see tarieven.

Classical music is sadly on the decline, at least in Western Europe. I see two main causes for that. First of all music education has been neglected for decades, certainly in the Netherlands. Many young people therefore have never heard classical music and are totally unfamiliar with it. Secondly music interpretation has suffered a great deal from the trend of ‘academism’ since ca. 1965. For fear of being labeled a ‘romantic’, personal expression was simply no longer tolerated in professional music making. Classical music became a soulless, impersonal reproduction affair, forcing musicians to match the unnatural perfection of recordings. Hopefully it is not too late to reverse this trend. Let’s offer (young) music lovers real, heartfelt music again, with true emotion and meaning. And let’s hope this will generate new interest for classical music. It is my mission to contribute to that.